Richard joined the band on 2nd cornet in February 2002 in time for the Regional championships after a 22 year break in playing. He started playing aged 9 with Camborne Junior band, and progressed to the “B” band. He later played for Redruth, St. Keverne and Camborne bands before taking a break in 1981.

During his time with Lanner, he has played Repiano and Tutti solo cornet before moving onto the Principal cornet seat in time for the 2006 Regionals, where he made his debut on “Journey To The Centre of the Earth”.

2007 was a very difficult year for the band, where major rebuilding was necessary and contesting was not possible, so Richard temporarily contested with Mount Charles Band, which cumulated in an appearance at the National Finals at the Royal Albert Hall playing “Battle Creek”.

Richard is very involved in the running of the band and is the Facilities Manager and Assistant Treasurer (his wife Julie is Treasurer). He is also a Life Member and Trustee. His most challenging role was acting as the Project Manager for the new Bandroom facility which was constructed in 2013/14.

Richard is a Building Control Manager and works for Cornwall Council. 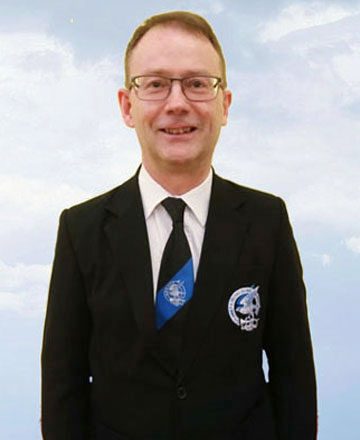