The Tehidy Park Golf Club was the setting for the Lanner and District Silver Band’s annual awards presentation evening. The members, friends, family and supporters were treated to a fantastic meal after which the Chairman, Mr Lee Rouse had a few words to say.

He highlighted the many successes the Band had had over the year, both musically and otherwise. Notable events included the Spring Concert, annual carnival, Lanner 2010 Olympics and the Proms in the Park concert all of which had received tremendous support and in addition the continued success of the Lanner Brass Academy.

Lee was keen to explore ‘why’ the organisation had had such a good year, what made all these events such a success? His conclusion was this; he likened the organisation to the Disco gear that was set up behind him, made up of speakers, cables, an amplifier, lights, laptop and other bits and pieces. When they’re all put together, everything plugged into the right holes you have yourself a disco.

The organisation is made up of playing members, committee, Academy members, and supporters and success wasn’t down to one individual or even a few individuals it was down to all of these functioning together, everything plugged into the right holes. Thanks were extended to all those who had been a part of this.

Lee concluded with thanks to Stuart Chappell, the Bands musical director. In Lee’s words “Stuart’s drive and enthusiasm is like the electricity powering the disco, it’s the spark that makes it all work”.

It was then down to Stuart to present the awards, reflecting on the year past. The Alison Farr memorial trophy ‘players player’ award voted by the members of the band was presented to Lee Rouse.

Next came the ‘performance of the year’ award, this was won by Emily Evans, the bands Solo Horn player for her superb performance in ‘Sounds’ the test piece played at the South West Brass Band Association contest in November.

‘Most improved player’ award was next and was presented to Carrie Fisher on percussion. Carrie is a relative new comer to the Brass Band world and has come a long way since she joined the band in 2010.

The final award, the Charlie Job Shield for ‘bandsman of the year’ went to the bands Secretary, Jeremy Gilbert.

The evening was rounded off with a Disco, thanks to Phil Pentecost and Robbie Borrows for lending the band the equipment. 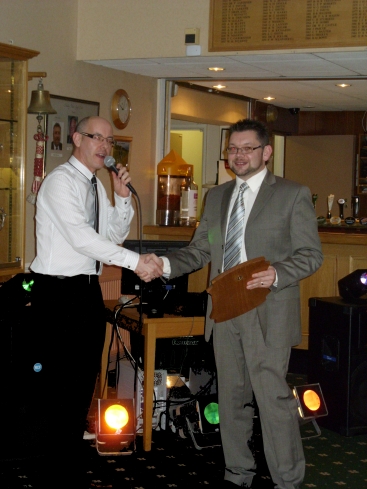 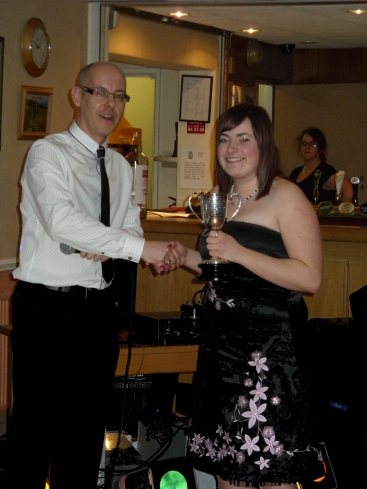 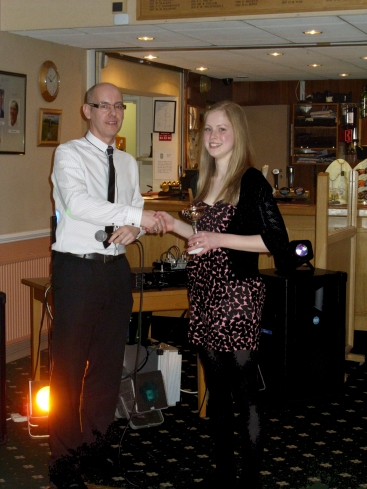 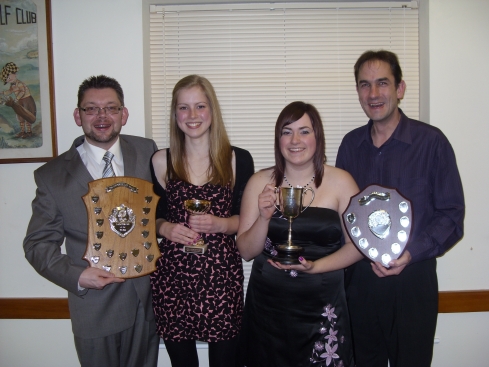 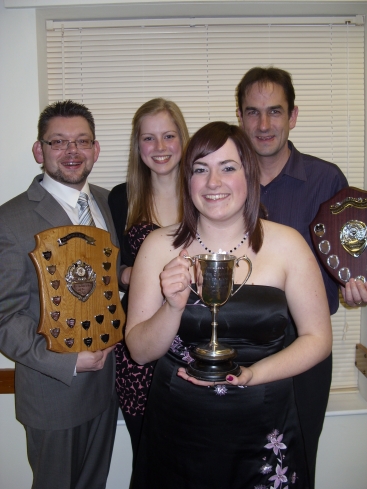 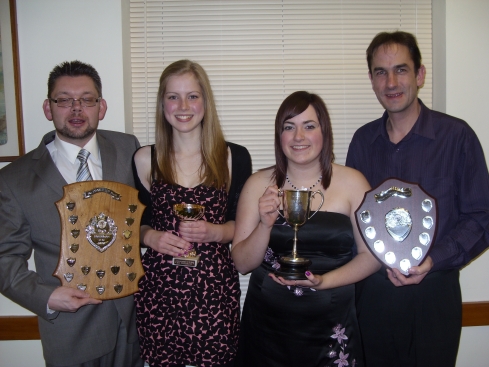 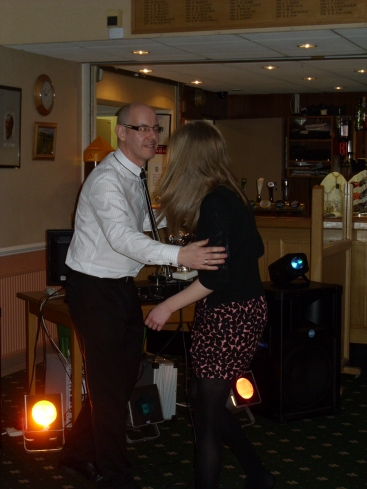 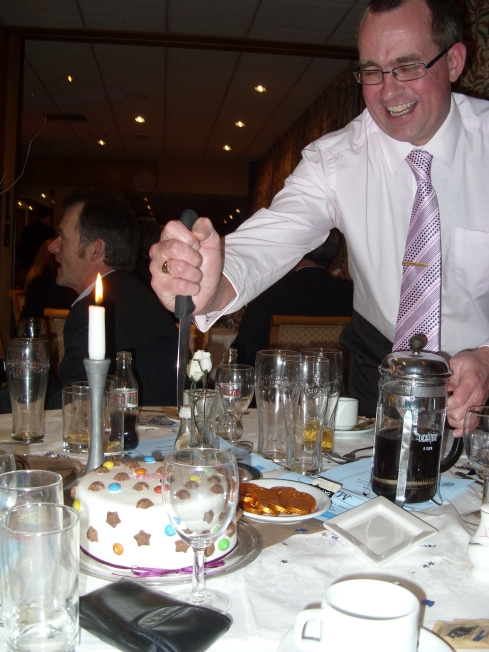 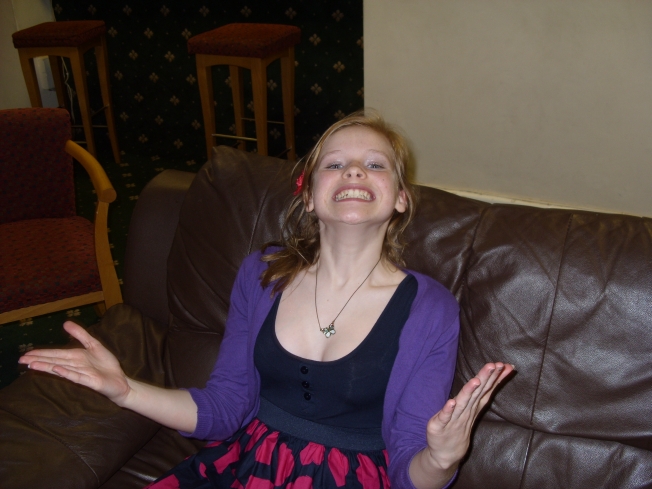 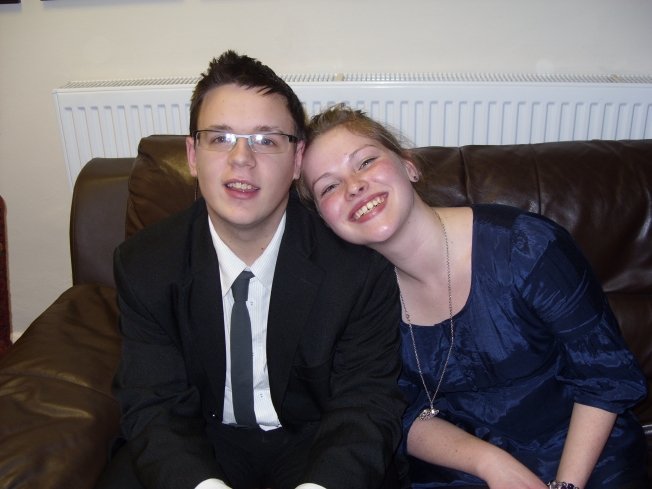 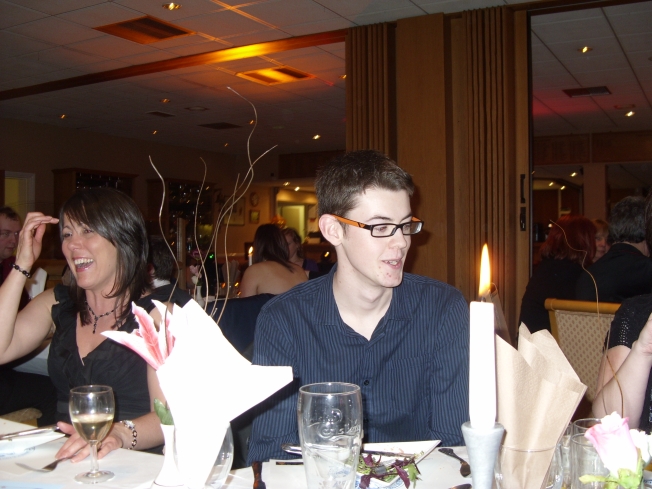 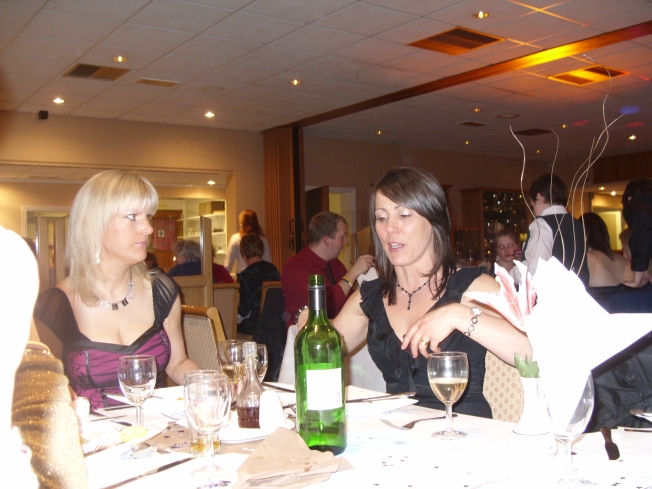