Our Academy made the trip to Exmouth with a well rehearsed program for the annual South West entertainment contest under their Musical Director, Lee Rouse

The Academy was competing in the ungraded section having never competed at a national level.

They were delighted to retain the trophy for being the best ungraded band but were totally elated to win the most entertaining band of the day both for the fringe concert in the gardens and on the main stage.

Lee commented “To be judged most entertaining by the judges in the gardens made up of a panel of four from the local bands of Exmouth Concert Band and South Molten Band was amazing then to have Steve Pritchard Jones come to the same conclusion on the main stage!”

We believe it’s the first time an ungraded band has taken both titles?

Exmouth Town Mayer spoke on stage at the conclusion of the contest saying “I may be biased but the last band on was amazing, especially the young horn soloist”. He was right, at 11 years old Lowena gave a most awesome performance.

Our Academy will be performing their ‘most entertaining’ program at the bands ‘Proms in the Park’ concert on Saturday. 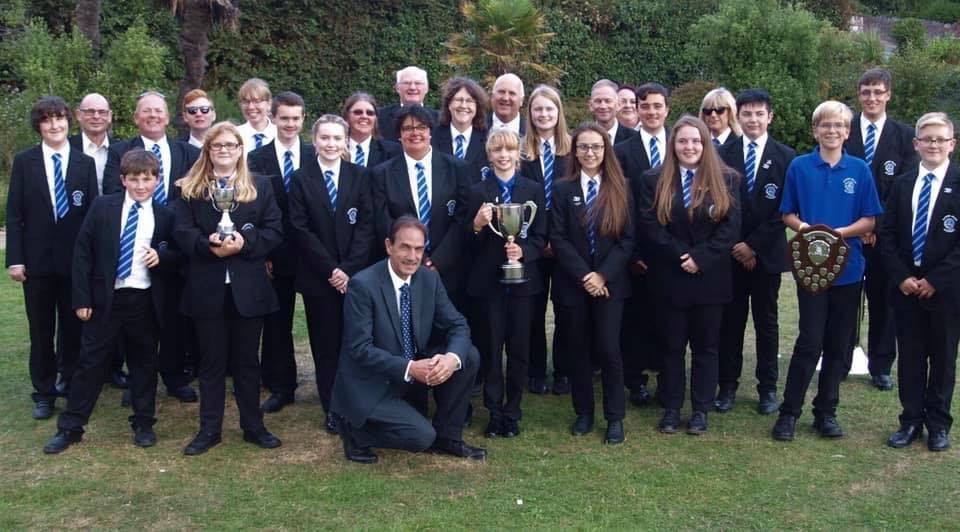