The band were once again in attendance with the Four lanes Male Choir at the Wesley Chapel in Camborne on 10.11.19 for a concert of remembrance. Around 150 people where in the audience who were treated to many musical and moving pieces from the band and choir respectively.

Being a charity event the evening raised a fantastic total of £700 which will all go in support of the Royal British Legion. But let’s not forget the real reason, to remember those lost at war…….

They shall grow not old, as we that are left grow old:
Age shall not weary them, nor the years condemn.
At the going down of the sun and in the morning,
We will remember them. 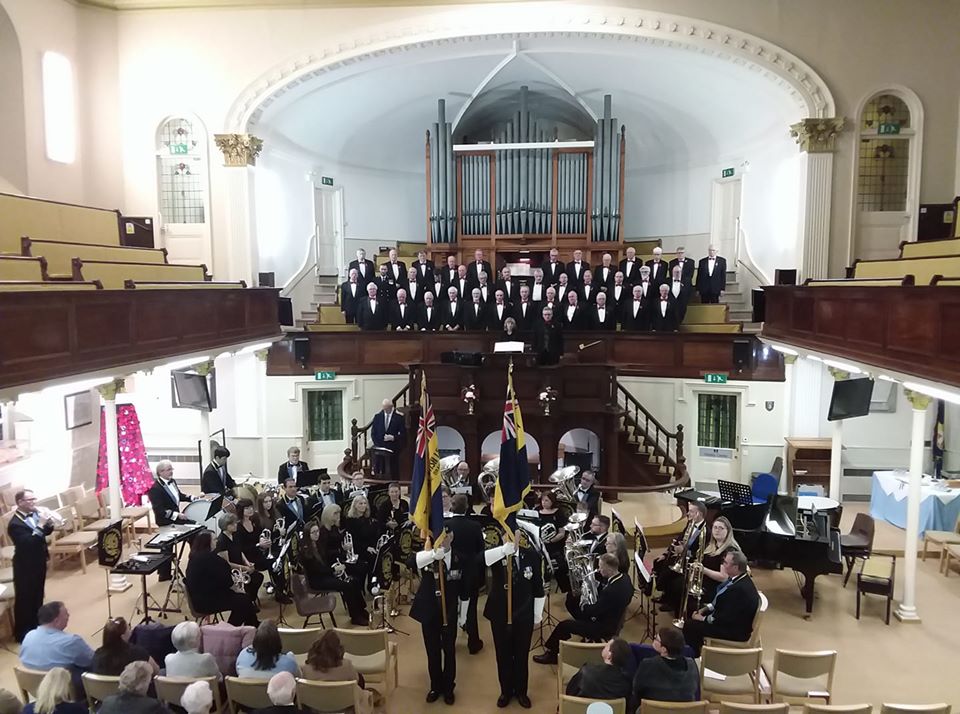