Lanner and District Silver Band are saying goodbye to their conductor, Stuart Chappell, after 7 years at the helm. Stuart has seen great success at Lanner, taking them from the 1st section to the Championship section with an appearance at the national finals on the way. He also led them to their best ever result in the Championship section at the regional qualifiers.

During Stuart’s time the band has also relocated to its brand new, state of the art, purpose built bandroom. He has also been the musical advisor to the Lanner Brass Academy, the bands training wing, which has risen from its formation in 2010 to a successfully competing 4th section band under the baton of Phil Matthews.

Stuart said, ‘’I am proud to have been a part of the organisation over the seven years – there have been some amazing highlights’’

The whole band would like to thanks Stuart for his loyal service and wish him well for the future.

Applications for Stuart’s successor are now being sought. Anyone interested should contact the band’s chairman, Lee Rouse at lannerlee@tiscali.co.uk 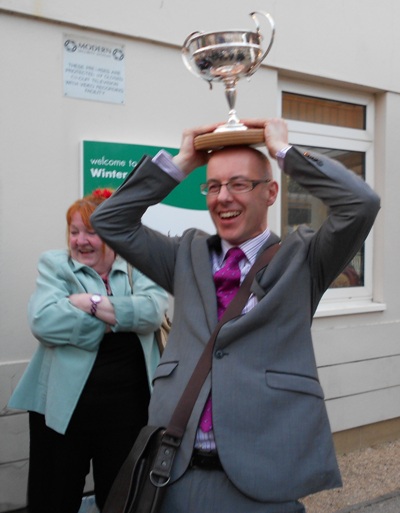