Jeremy started playing at the age of 9 on cornet with the Penryn School Band under the direction of Howard Barnes. Once at Penryn Comprehensive School, he progressed into the senior band known as Saracen Brass. He soon changed instrument to Baritone then Euphonium. During his time with the bands he took part in the National Festival of Youth in London and Toured Germany. Jeremy then moved to Redruth Town Band on Baritone under the direction of Derek Johnston. In January 1990 he left Redruth to join Lanner and has remained here ever since even though work commitments meant a move to Taunton and Plymouth he remained a keen member when his shifts allowed. During his time with Lanner he has played Baritone, Euphonium, Horn and Cornet and is currently our 1st Baritone player.

During the day Jeremy works for the NHS at the Royal Cornwall Hospital as the Specialist Nurse for weight loss surgery. 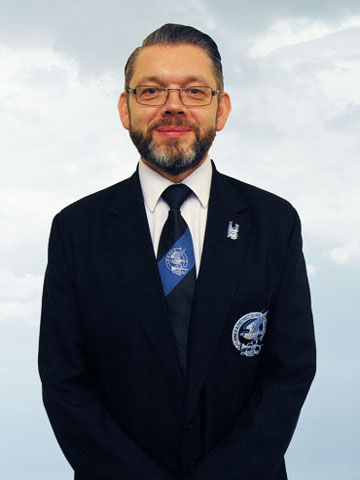